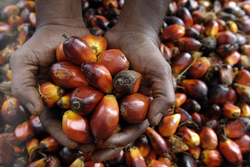 The fight is on. Time to scrap EU biofuels mandates.

This paper shows how concerns about land and food rights around the world, both major campaigning priorities for Oxfam, are closely linked to EU biofuel mandates.

In 2009, EU governments committed to sourcing 10 per cent of transport energy from renewable sources by 2020: they are set to meet this target almost exclusively using biofuels made from food crops.

It is completely unacceptable that we are burning food in our petrol tanks while poor families go hungry and millions are being pushed off their land. EU governments have it within their power to make a difference to the lives of millions of hungry people. It’s time to scrap EU biofuel mandates.