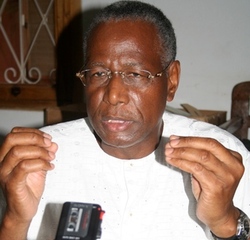 Lisbon - Foreign investment in land opens a new chapter in the colonization of Africa, said today (Tuesday) in London one of the leaders of the think-tank Coalition for Dialogue on Africa (CoDA), quoted by LUSA.

"The new race for Africa", as dubbed by experts, updates the century and in the context of globalisation, the idea of operating as colonists Cecil Rhodes, founder of both Rhodesia in the late nineteenth century.

The opportunities and risks of the acquisition of millions of hectares of land by foreign investors in Africa is being discussed at the annual meeting of the African Investment Bank (ADB), which runs until Friday in London.

"We are witnessing a new chapter in the history of centuries of exploration of Africa after slavery and of direct use in African soil," denounced the interim Executive Director of CoDA, historian Abdoulaye Bathily.

Countries like Mali, Liberia, Mozambique, Democratic Republic of Congo and Ethiopia are among the favourite targets of the "greed" of foreign investment, said Abdoulaye Bathily.