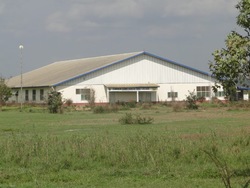 In Summary
- However, the plaintiff (Yala Swamp Community) through their chairperson Walter Otieno maintains that the court process is the best because respondents in the case have dodged dialogue for long.
- There were fresh protests last week by members of Yimbo following allegations that Rai continued cultivating the land despite a court order prohibiting any activity.

Yala Swamp community now says mediation may not solve the protracted dispute over the wetland due to dishonesty among parties.

Over the weekend at Mur-Malanga in Siaya county, ODM leader Raila Odinga said the plaintiff in the Yala Swamp case should opt for an out-of-court settlement.

Raila wants the fertile wetland subjected to irrigation to boost food production as soon as possible.

"We want the Yala river waters and the swamp to make a difference and I have told Atandi to ask the people who went to court to stop an investor from working in the land to withdraw that case," Raila said.

The investor is Jaswant Rai of M/s Lake Agro Limited.

However, the plaintiff (Yala Swamp Community) through their chairperson Walter Otieno maintains that the court process is the best because respondents in the case have dodged dialogue for long.

Otieno told the Star that Raila has been aware of the contestation but did nothing until the matter went to court.

"Raila should shut up. He has never opened his mouth despite being aware of our struggles," Otieno said.

Otieno recounted that the respondents have recently been insincere with arbitration even after they requested for it.

"They seem to be using arbitration to buy time," Otieno said.

Otieno recalled that a meeting was recently held in Kisumu and no community representative was invited.

Soon afterwards, community representatives were called to a rescheduled meeting in Kisumu but no party showed up.

The community wants Raila to know that Yala Swamp belongs to the people and that court is the best legal means to settle the dispute.

"We want nothing but the court to hear and determine the matter," Otieno said.

Sources say that the land belongs to Yimbo, Alego and Usonga communities.

There were fresh protests last week by members of Yimbo following allegations that Rai continued cultivating the land despite a court order prohibiting any activity.

"Court had put a stop on all activities on this land but we are seeing farming activities going on. That violates what the court ordered," Dr Phoebe Nyawalo of Support Community and Democracy Alliance said.

Nyawalo said ownership of property is a human right.

Yala Swamp is allegedly being leased to M/s Lake Agro Limited for 99 years, just a few years after the exit of Calvin Burgess of Dominion Farms.

Siaya Governor Cornel Rasanga is being accused of colluding with NLC to allocate the land the Rai.

Burgess did not finish his 25-year lease period over political interference.

Alego Central MCA Leonard Oriaro is no longer daring the respondents for a nasty legal duel like he used to do.

"I don't have a case in court but the community has. My position is that justice should prevail," Oriaro told the Star on phone.

According to Oriaro, Atandi will create a forum for leaders like senator James Orengo and Bondo MP Gideon Ochanda to meet with the petitioners and the respondents for dialogue.

Oriaro noted that leaders from Usonga and Alego have, so far, managed to calm their people.

"It is only the people from Bondo (Yimbo) who recently invaded the farm because of the investor's continued activities," Oriaro said.