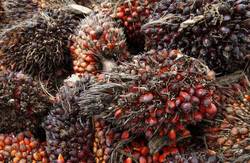 The debt-ridden oil palm plantations company operating in the DR Congo announces that it is pursuing a restructuring plan that includes a sales process and potential liquidation.
Feronia Inc. | 22 May 2020


Feronia Inc. reports 2019 financial results; announces short term debt financing, proposed restructuring and director changes
TORONTO, May 22, 2020 (GLOBE NEWSWIRE) -- Feronia Inc. (“Feronia” or the “Company”) (TSX-V: FRN) today released its audited financial results for the year ended December 31, 2019. All amounts in this release are expressed in US dollars unless otherwise indicated. A copy of the audited financial statements of the Company for the year ended December 31, 2019 is available on the Company’s profile at www.sedar.com.
2019 Highlights
Subsequent Events
In March 2020, the Company’s wholly owned subsidiary, Feronia Maia Srl, entered into a new $4.5 million short term loan facility with CDC Group plc
Loan Financing
The Company today also announces that Feronia Maia Srl has entered into a loan facility for up to $15.0 million of which $5.0 million has been advanced. The unsecured subordinated short-term facility bears interest at a rate of 4% per annum and is being provided by an affiliate of one of its principal shareholders, Straight KKM 2 Limited (“KKM”). The loan matures on the earliest of the date that (i) is five business days after demand for repayment by the lender, (ii) the restructuring described below is completed and (iii) the Support Agreement described below is terminated.
Funds advanced under the facility will be used for working capital and other general corporate purposes, whilst the Company seeks to strengthen its financial position.
The execution of the facility constitutes a related party transaction under Multilateral Instrument 61-101 Protection of Minority Security Holders in Special Transactions (“MI 61-101”). The Company has relied on valuation and minority approval exemptions set forth in MI 61-101.
Restructuring
Feronia today also announces that the Company and each of its subsidiaries has entered into a Support Agreement with its two largest shareholders, KKM and CDC Group plc. (“CDC”). The Support Agreement sets out an agreement amongst the parties whereby the Company will first engage an independent financial advisor to conduct a third-party sale process for the Company and its assets. If the sale process does not result in a transaction which is more favourable to the Company and its stakeholders, the parties have agreed for the Company to initiate a proceeding pursuant to Division I, Part III of the Bankruptcy and Insolvency Act (Canada) (the “Proposal Proceedings”) to implement the purchase by a newly formed affiliate of KKM of all of the outstanding shares and intercompany loans of the Company’s two subsidiaries in consideration of the assumption of the obligations owing to the Company’s senior lenders and the payment of the costs of the Proposal Proceedings. As a condition of such purchase, KKM will provide a binding commitment of a further $10 million investment to fund the Company’s operating subsidiary in the Democratic Republic of the Congo, Plantations et Huileries du Congo. The restructuring purchase will be subject to various conditions and necessary approvals including court approval, governmental and regulatory approvals in Canada, Belgium and the Democratic Republic of the Congo and approvals of the Company’s secured debt lenders. There is no assurance that the sale process or the proposed restructuring purchase will be completed or, if completed, that it will be on the terms set out above.
Board of Director Changes
The Company today announces that Mr. Larry Seruma, currently a non-executive director of the Company, has been appointed as Executive Chairman of the Company. Mr. David White, a current non-executive director and Chairman of the Audit Committee of the Company, has resigned and, in replacement, Mr. Paul Wythe has been appointed as a non-executive director and Chairman of the Audit Committee. In accordance with the terms of the Support Agreement, CDC has agreed to suspend its existing rights to nominate directors to the Board during the restructuring period and, as a result, Mr. David Osborne and Mr. Andrew Brown have also resigned as directors. Finally, Mr. Kamal Pallan has been appointed to join the Board as a further non-executive director nominee of KKM. The appointments of Messrs. Wythe and Pallan are subject to the approval of the TSX Venture Exchange.
Larry Seruma, Executive Chairman of Feronia Inc. commented: “Depressed market prices, extremely challenging operating conditions and delays in the execution of capital projects mean that a great deal of work is required to ensure the survival of the business.
“In the longer term, it is vital that we reduce the cost of production and the completion of capital projects, such as the construction of the Lokumete mill, are essential to achieve this. However, as the Company cannot meet its debt repayment requirements or remedy the current debt-related defaults, a great deal of work and compromise will be required to restructure the Company’s debts, or find an alternative solution, in order to ensure there is a “longer term”.
“As such, we are in discussions with the Company’s secured debt holders to find a way forward and have entered into a support agreement with the Company’s two largest shareholders to facilitate the Group’s restructuring. Additional debt financing from one of the Company’s principal shareholders, of which $5 million has already been funded, is in place to help fund the Company whilst the restructuring process takes place and we are working hard to find a way forward.
“Plantations et Huileries du Congo is one of the largest private sector employers in the Democratic Republic of the Congo and has played a vital role as an employer and provider of palm oil for more than 100 years. Through the combined efforts and desire of all of its financial stakeholders, we hope this will continue long into the future.”