Land grabbing: An urgent issue for indigenous peoples around the world 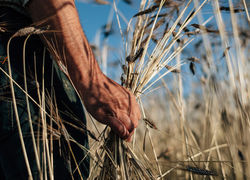 Land grabbing: An urgent issue for indigenous peoples around the world

About 2.5 billion people around the globe, including 370 million indigenous people, depend on land and natural resources that are held, used, and managed collectively.
This means that one third of the world’s population is vulnerable to dispossession by more powerful actors. As stated by the “Land Rights Now” campaign, indigenous peoples protect more than 50% of world’s land surface but have formally recognized ownership over just 10%. In many cases, States or corporations have taken or exploited lands that were legally protected. Industries such as logging, mining, fracking, and intensive agriculture bring pollution and disease to these lands and communities, and to adjacent lands, waters, and populations. The United Nations Declaration on the Rights of Indigenous Peoples enshrines indigenous peoples’ rights to self-determination and the collective control and management of their lands and resources. But many national governments still do not respect these rights or the principle of free, prior, and informed consent, and have failed to implement the UN Declaration.
For indigenous peoples “land” is much more than the place where you farm, fish, gather, or hunt your food: As members of the Indigenous Terra Madre network repeatedly emphasize, “land is identity. It is traditional culture and knowledge. If you take us away from our lands you kill our identities and cultures and our food sovereignty, producing poverty, displacement and conflicts. Well-being is linked to land. Peace and harmony will only come if we are connected to our land.”
Even as we face the consequencs of climate change, the current development paradigm continues to displace indigenous peoples and local communities to make space for big new projects that exploit forest, water, mineral, and pasture resources; develop the land for tourism; and set aside huge areas as nature preserves. This issue is real and urgent for indigenous communities on every continent. Proper recognition of the land rights of indigenous and local communities is essential for justice and equitability, and traditional land management practices and food systems, far from being antithetical to landscape and biodiversity conservation, are a necessary component of any attempt to achieve truly sustainable development in a habitable global environment.
Every time that a member of the Indigenous Terra Madre network speaks in public, the issue of land comes up, and conferences at Terra Madre 2016 were no exception. Victoria Tauli-Corpuz, United Nations Special Rapporteur on the Rights of Indigenous Peoples, and a member of the Igorot indigenous community from the Philippines, drew attention to the cultural disconnect at the basis of “government policies that don’t recognize the value and the contributions of these food systems,” reiterating the fact that indigenous peoples everywhere desire to continue their cultural practies, and that traditional knowledge is crucial for both food security and a healthy environment. Ms. Tauli-Corpuz believes that a cultural shift is needed, a “change in the mindset of people regarding how they think of food and how they think of managing these resources, which cannot be privatized or owned by a few people.”
Food networks are a crucial piece of the puzzle. Elifuraha Laltaika, a Tanzanian Maasai who teaches law and is a member of the United Nations Permanent Forum on Indigenous Issues, is optimistic about the role that networks such as Terra Madre can play. As he puts it, “Terra Madre is an extremely important forum because it advocates for traditional ways of life including food production; and awareness raising.” He is confident that if more people come to understand the message of Terra Madre, it may eventually be possible to change the minds of policy makers around the world. Part of the role of networks like Terra Madre is to counter the productivist point of view that so deeply misunderstands traditional management practices based on a sense of longterm responsibility and custodianship.
In describing the link between land and human health, Tanzanian Maasai Edward Loure said that, “without food, there is no life. We have to secure land for our livestock. Once a cow has a great pasture, it will be a healthy cow, and the healthy cow results in healthy human beings, because we are able to get products from our cows. We get meat, we get milk, and from there we have a complete human.” Mr. Loure specializes in land community planning and management and, in 2016, was awarded the Goldman Environmental Prize. With his NGO Ujamaa Community Resource Team, Mr. Loure and his colleagues demonstrate that, with a properly formulated, detailed land management plan, a win-win situation is possible: Pastoralists, their livestock, and Tanzania’s treasured wildlife can all live and thrive on the same land.
Aretta Begay, a Navajo youth leader and the coordinator of the Navajo-Churro Sheep Presidium, explained that land grabbing indiscriminately effects pastoralist, farmers, gatherers, fishers, wild plant resources, and sacred lands. When corporations and industry move into their lands, indigenous communities and the resources that they maintain, and on which they depend, are threatened. Resolving these issues requires a sustained, coordinated effort based on the principle of reciprocity and on the recognition that “community” means an appreciation for the past, where much of our knowledge and insight come from; and a sense of responsibility for the future so that, as Ms. Tauli-Corpuz says, “whatever we do now, we don’t end up destroying the community seven generations ahead of us.”
_________________
The song featured in this video is called “To’os Na’in” and was generously provided by Ego Lemos, a musician and indigenous activist on food sovereignty in East Timor, and an active member of the Slow Food and Indigenous Terra Madre networks. His performances during Terra Madre Salone del Gusto 2016 in Turin, Italy, were joyously received and greatly appreciated.