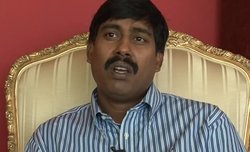 Karuturi's demands toward journalist Keya Acharya include an unconditional apology and two 50 crore suits for ‘damage for loss of reputation’ and ‘mental agony’.

To censure activism and opponents, Indian corporates, for a while, have been using legal protection against journalists and campaigners.

Strategic Litigation Against Public Participation (SLAPP) has become an instrument where the powerful dictate terms to the lesser privileged for their freedom of speech. Most commonly, they arise as defamation suits.

Almost three years back, the RIL lawyers filed a complained about a token damage of up to ‘100 Crore’ in ten days against the authors of ‘Gas Wars: Crony Capitalism and the Ambanis’(2014). The antagonists in this book, the Ambanis, had called the charges laid down against them as ‘derogatory’.

The kind of narrative, published in ‘Gas Wars’ (2014), had been quite different from what common masses heard about Reliance Industries. The adversarial views on RIL led to company’s ‘Streisand Effect’.

In public, RIL, had been an entity, which had seemingly changed the corporate image of India globally, with its innovative approaches such as shared ownership amidst middle class, to keep RIL dividends rising.

Gas Wars (2014) had alleged that Ambanis had put pressure on the Congress-led government to change ministerial portfolios to suit RIL needs. There have been different controversies surrounding the pricing and utilisation of the Krishna Godaveri gas fields.

The three authors of ‘Gas Wars’ (2014) namely, Subir Ghosh, ParanjoyGuhaThakurta and JyotirmoyChaudhuri claim that the notices put against them did not point out a ‘single factual error’ of what had been published by them.

‘Sue The Messenger’ (2016) restates that the claims made in the book Gas Wars (2014), ultimately led to the division of the two brothers, in a long battle oversupply of natural gas from the Krishna-Godaveri basin.

Hamish McDonald, an Australian journalist, described the journalists close to Ambanis as a ‘dirty dozen’ and ‘moles in the press’, who were dedicated to getting favourable news about the corporate. In short, they seemed to be their marketers.

The tussle between Reliance Industries and journalists goes back long. When The Polyester Prince (1998) was published by Hamish McDonald, the lawyers of Reliance in Australia (Ashurst Australia) had sent defamation notices to his publisher, Allen and Unwin, warning them of a stern action, in case of defamation. The legal threat had ironically come before the book was published.

Around December 2013, another high profile legal battle had emerged after filing of a 200 Crore-defamation suit by Sahara India Parivar, in Calcutta High Court, where they alleged ‘defamatory content’ from a ‘Mint’ journalist.

Scroll journalist, Supriya Sharma had recently put forward a breaking news story where Essar Group had signed a MoU with Chhattisgarh State government to open a steel plant in Bastar.

The government had allowed a mining lease of iron ore at discounted prices from National Mineral Development Corporation (NMDC). The iron ore was mixed with slurry, water and passed through a 257 km pipeline through Vishakapatnam, Andra Pradesh. The logistic costs had significantly come down, but these pipelines passed through Maoist areas.

In July 2010, a cable from US consulate in Mumbai released by Wikileaks’ revealed that Essar Group had been bribing Maoists on significant amounts in order to not interfere in their operations.

When one group of Maoist retaliated, Essar Group had allegedly formed a counter Maoist group to defend their interests. SLAPPs had reflected the desperation of corporates to make things run smoothly in their favour.

Essar denied these charges all along, but when general Manager of Essar Steel, DVCS Varma was arrested under Indian Penal Code under Section 121 and Section 124 (A), along with BK Lala (a building contractor tasked with repairing a pipeline blown up by Maoists in 2009), with 15 lakhs, new controversies had emerged.

It is because Essar called itself a law-abiding corporate. Nevertheless, a case had been filed against Essar for supporting the Maoists.

The Essar Group also filed a defamation suit against Green Peace worth 500 crores on 28th January 2014. They filed it for a perched banner named ‘We Kill Forests’ near Essar headquarters in Mumbai.

A recent report filed by IB (Intelligence Bureau) had stated that Greenpeace activists worked against the interests of India and violated the Foreign Contribution Regulation Act (2010). Essar also used this IB report against their leverage.

When the story, ‘India Cut Rose Sector Pushes Past Barriers’ was published on 18th July 2014, reflecting KaruturiGlobal’s business practices, a legal notice was sent to its author, a Bengaluru based freelancer, Keya Acharya, by a legal firm called Pastay Law.

The notice claimed that the author had put Karuturi and his family members in an embarrassing situation. They asked Acharaya for an unconditional apology, including two 50 crore suits for ‘damage for loss of reputation’ and ‘mental agony’.

India has been inured by this practice for quite some time, but the debate has not become worthwhile of late. There have been books written, extensive reportages done and long-form articles drafted on magazines, but the debate on this issue, somehow, has not taken off. Possibly because of fear.