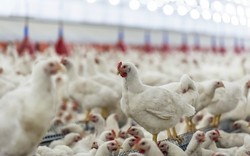 The plan has been described as the region's first vertical integration poultry project.
Charoen Pokphand is building another facility in China, which will add 100 million broilers to its poultry production in the country and keep it ahead of local rivals like Guangdong Wens Foodstuff Group Co and the Tongwei Group in the race for customers in fast-urbanising China.

The new 100 million bird facility is located outside the city of Hengshui in Hebei province near Beijing. It will produce 200,000 tons of “high-quality​” chicken per year for an overall investment of RMB1.8 billion according to a statement from CP China. The project is being billed as the region’s first “complete industry chain​” poultry project, with broiler farming, feed processing, slaughter and processing activities all on-site.

Also speaking at the ceremony, Hengshui government officials named the project as one of 16 “core” projects key to the city’s economic future. The new project will “get full support and service” from all government departments, pledged Li Qian, secretary of the city’s Communist Party branch.

Li also explained that the project is synched with long-stated central government plans linking Beijing with Tianjin and Shijiazhuang in one giant metropolis, according to statements from local government. Food processors have long sought to align themselves with Chinese government urbanisation plans in order to exploit new distribution channels and demand for products.

A city of 4.5 million, Hengshui has been casting around for new industries following the closure of heavy industry as part of government’s fight against air pollution blanketing the wider Beijing region. Renowned for its strong connections to Chinese officialdom, CP (which operates under the Mandarin name Zheng Da in China) has significantly increased activity in northern China with several pig and poultry breeding projects underway in the region. Since the 1980s, the company has also capitalised on its role as a key adviser to Chinese government on agronomy, retail and distribution.

CP staff in China, as well as government agricultural officials, have benefited from CP-paid visits to the company’s Leadership Development Institute in Thailand, as well as to farms, feed mills and processing plants. Global breeding specialists like Cobb-Vantress Inc have also used longstanding ties to CP to further their activities in China.

Chinese companies have sought to emulate CP by going into higher-value activities such as distribution. However, CP has spread its tentacles in China, with subsidiaries in retailing, banking and pharmaceuticals, as well as food processing, feed processing and breeding operations.

While leading agricultural conglomerates like Tongwei Group have ambitions to copy the CP business model, few Chinese companies can compete with CP’s reach: it has meat processing and distribution operations across Asia, but also has units in Europe, the Middle East and Africa.

Privately held, Bangkok headquartered Charoen Pokphand Group Company Limited operates as a holding company for multiple subsidiaries. One of the very first investors into China after the country’s opening up in the late 1970s, CP has prospered in China, thanks to the connections of (ethnic Chinese) Thai billionaire Dhanin Chearavanont, chairman and CEO of the Charoen Pokphand Group (CP).