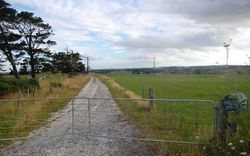 New Zealand's Overseas Investment Office is considering the sale of Harvard University's 5,500-head dairy farms in the South Island to a Singapore-based investor.
BusinessDesk | 18 December 2017
OIO considers $105.5 mln buyout of Harvard dairy farms
By Sophie Boot
Dec. 18 (BusinessDesk) - The Overseas Investment Office is considering the sale of Harvard University's 5,500-head dairy farms in the South Island to a Singapore-based investor.
Accounts for the dairy farms filed with New Zealand's Companies Office show that it entered into an agreement to sell its business assets to WHL Otago Operations on May 31, and the sale was now pending OIO approval but the settlement was expected by June 2018. The accounts show that the expected realisation value of all the company's assets, after the cost of selling, was calculated to be $105.5 million as at June 30, 2017.
WHL Otago Operations changed its name to Dairy Otago Operations on Aug. 4. It is wholly owned by Dairy Otago Holdings, whose ownership is split between Waimate-based Peter Williams, who holds two-thirds, and Singapore-registered Dairy Holdings Pte, which owns the remaining third.
The OIO confirmed that it has "received an application for consent for an overseas person to acquire the Otago dairy farms currently owned by Harvard", but was unable to confirm who the application is from or when a decision will be made on the application.
In November, the new Labour government said it had begun policy work to further tighten the sale of local assets to foreigners beyond the initial announcement of an effective ban on overseas buyers of existing residential property. The OIO would not comment on whether this has had an impact in this case.
Harvard bought the Big Sky Dairy Farm properties out of receivership in 2010 for about $32 million, after what was Central Otago's biggest dairy farm operator defaulted on payments in 2007 before being placed in liquidation two years later.
Previously, Bloomberg reported that US private equity firm KKR & Co was close buying the 8,500 acres of dairy farmland for US$70 million, as part of a scaling back of the Ivy League university endowment fund's exposure to natural resources.
The Cambridge, Massachusetts-based university has held about 10 percent of its US$35.7 billion endowment fund in natural resources, built up by former Fletcher Challenge executive Andy Wiltshire who left Harvard Management Co last year. Among those investments is New Zealand's central North Island Kaingaroa forest.
The farms' holding company, DF1, reported a $2.8 million loss on revenue of $14.3 million in the year ended June 30,2017. The prior year, DF1 posted a loss of $4.5 million on revenue of $12 million.