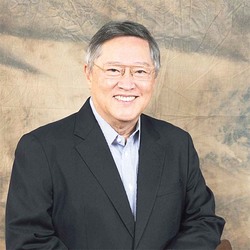 Philippines finance secretary Carlos G. Dominguez III
The Land Bank of the Philippines (LandBank) and the government of Japan have signed a loan agreement worth almost ¥5-billion to fund a five-year project that aims to jumpstart agribusiness investments in the Autonomous Region in Muslim Mindanao (ARMM) and other conflict-affected areas in the south.

President Rodrigo Duterte and Prime Minister Shinzo Abe witnessed at Malacanang last Thursday the signing of the loan agreement as well as the guarantee letter for the deal inked by Finance Secretary Carlos Dominguez III on behalf of the Philippine government.

“The HARVEST project is seen to help create an enabling investment environment in the ARMM and other conflict-affected areas in Southern Philippines to help rev up the economy and raise incomes in these communities,” Dominguez said.

The loan matures in 25 years, inclusive of a seven-year grace period  with an  interest rate of 1.4 percent, the Department of Finance (DOF) said.

On top of the proposed loan, JICA intends to provide a technical grant of $6 million  (equivalent to P290 million) to support the capacity building of eligible HARVEST beneficiaries and LandBank’s project management.

HARVEST, which will be implemented by the  LanBank from 2017 to 2022, aims to open a lending window for agribusiness ventures  and  other related investments in ARMM and other conflict-affected areas in Mindanao.

According to the DOF, loans funded under the HARVEST project  will be made available to  large agribusiness enterprises, farmers’ organizations or cooperatives, micro, small and medium enterprises (MSMEs) as well as  “corporatives” or corporation-managed farms  supported by the LandBank  in ARMM and other conflict-affected areas.