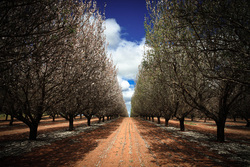 US investors pour cash into $1bn agribusiness fund
by Bridget Carter
Australian agricultural assets remain a major a drawcard for international investors with a string of mainly US-based investors funnelling hundreds of millions into a $1 billion fund established by the Queensland agribusiness investment firm, Laguna Bay Pastoral Company.
So far offshore institutions have committed $250m to the new venture, marking the fund’s first close and setting the clock ticking on its remaining year-long raising period.
Yet while Laguna has succeeded in luring international investors into the business, investment opportunities in the sector remain a tough sell to domestic superannuation funds.
The stance has often frustrated players in the industry, given Australia’s access to Asian markets and its strong record of performance in product quality, safety and traceability.
But the absence of domestic institutions has opened the window for offshore funds, with many reaping strong returns from the sector.
According to sources, Laguna will pursue a broad investment mandate for the new vehicle, enabling it to invest across all agribusiness sectors, including beef, dairy and almonds — a potential growth market as Australian producers capitalise on drought concerns in the San Joaquin Valley in California, where 90 per cent of the world’s supply is cultivated.
But as many heavyweight investors like Canada’s Pension Plan Investment Board and CIC have spelt out in the past, Australian agribusiness also represents an opportunity to hedge against inflation.
In 2014 Laguna, run by Tim McGiven, struck a deal with Singaporean-listed commodity trader Olam International to purchase and lease back 12,000 hectares of almond groves in Victoria for more than $200m.
Elsewhere, and as first revealed by The Australian’s BusinessNow blog, Crescent Capital shed 15.3 million shares in Metro Performance Glass in an after-market trade executed by First NZ, Credit Suisse’s New Zealand affiliate.