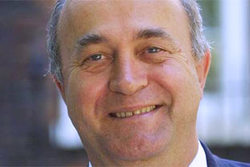 Agriterra chairman Phil Edmonds steps down
Agriterra, an Africa focussed agricultural company, announces that Phil Edmonds has stepped down as chairman of the company.
Mr. Edmonds is a director of a number of public and private companies and has considerable experience of introducing African focussed companies to AIM, including African Platinum and Central African Mining & Exploration Company. He is currently a director of Sable Mining Africa Limited and Africa Oilfield Logistics Limited.
Mr. Edmonds holds an honours degree in land economy from Cambridge University. He was educated in Zambia and England.