Failing to address land rights violations caused by its own programs, the World Bank launches its 17th Conference on Land and Poverty 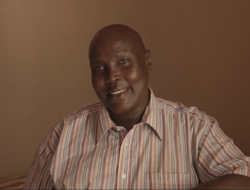 Pastor Omot Agwa
Oakland Institute | 14 March 2016
Failing to address land rights violations caused by its own programs, the World Bank launches its 17th Conference on Land and Poverty
By Alice Martin-Prével
The 17th World Bank “Conference on Land and Poverty,” bringing together governments, academics, corporations, and NGOs, gets underway on March 14, 2016, in Washington DC. Last March, members of the Our Land Our Business campaign denounced the Conference as a sham. Although the Bank holds an annual conference on land and poverty, its policies such as business indicators facilitate land grabs by forcing developing countries to adopt “business-friendly” regulations. The list is long of World Bank-funded projects in Uganda, Honduras, Cambodia, Peru and Kenya, among many other countries, which have resulted in forced evictions and human rights abuses.
Ethiopia is one of the most striking examples of how World Bank projects affect land rights of local communities. It is also a telling case of how the World Bank is intentionally ignoring the findings of its own Inspection Panel, following an investigation of the Bank’s involvement in forced evictions.
This year’s Conference on Land and Poverty will mark the one-year anniversary of the arrest of Ethiopian food and human rights activists, Pastor Omot Agwa, Ashinie Astin, and Jamal Oumar Hojele.
In 2014, Pastor Omot Agwa served as a translator for the Bank’s Inspection Panel in charge of investigating a complaint filed by 26 Anuak people from Gambella. The complaint alleged forced displacements and widespread human rights violations linked to the “Promoting Basic Services” (PBS) project in Ethiopia. The Panel’s report, released in February 2015, concluded that the World Bank’s PBS had operational links with the Ethiopian Government’s “villagization” program, which is responsible for widespread human rights abuses and forced displacement of hundreds of thousands of indigenous people to make room for industrial agriculture projects in Gambella. Not only did the Bank fail to mitigate the risks of association with the villagization program, but PBS should also have applied the policy on Indigenous Peoples and taken better account of the fact that the Anuak people’s wellbeing largely depends on their access to land and natural resources.
Not even a month after the publication of these incriminating findings, on March 15, 2015, Pastor Omot Agwa, who had facilitated the Panel’s fieldwork, Ashinie Astin, and Jamal Oumar Hojele were arrested on their way to a food security workshop in Nairobi, Kenya. They were detained for nearly six months without charge and denied access to legal representation. On September 7, 2015, they were charged under Ethiopia’s repressive anti-terrorism law. The World Bank has yet to take responsibility and push the Ethiopian Government to release these activists. Instead, the Bank decided to turn a blind eye to human rights abuses and land rights violations by the Ethiopian Government, and announced a new $600 million program for Ethiopia called “Enhancing Shared Prosperity through Equitable Services” (ESPES) to replace the PBS program.
It is appalling that the World Bank can, on the one hand, organize costly conferences to discuss land governance issues and, on the other, overlook the forced relocation of millions of farmers, rural communities, and indigenous people, resulting from its policies and programs. Ironically, this year’s conference theme is “Scaling up Responsible Land Governance.” Will the development community meeting in Washington D.C. call on the Bank to be responsible and address land rights and human rights violations in Ethiopia and around the world?