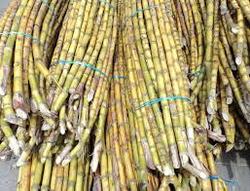 Government's acquisition of the factory will help meet its GTP goal of an increase from three to 10 factories
A sugar factory which the government took over from its Pakistani owners will commence trial production this month with an initial crushing capacity of 5,000tns of sugar a day.
The factory, known as the Arjo Dedessa Sugar Development Project, is located in the rift valley of Dedessa in the Oromia Regional State. It was established in 2009 and was previously owned by Al-Habesha Plc, a Pakistani company.
After its 26-year old Manager, Mohsen Haji, was killed in a car accident in Kazanchis on January 19, 2011, the company pulled out, selling the factory to the Sugar Corporation, Investment Promotion Team Leader at the Ethiopian Investment Commission, Aschalew Tadesse, disclosed to Fortune.
When it acquired the company in August 2012, the Sugar Corporation was executing the various activities of sugar cane cultivation. Ninety percent of the construction of the sugar factory plant was completed by the time the government acquired the factory in August 2012 while the remaining 10pc was finalised by the government.
The Sugar Corporation does not yet know exactly how much money has been invested in the factory, as the investment varies from time to time, said Zemedkun Tekele, corporate communications director of the Corporation.
Located on a 28,000ha plot of land 540 kilometres from Addis Abeba, the factory has the capacity of crushing 8,000tns of cane per day. However, the design of the machinery is meant to increase its crushing capacity to 12,000tns per day, Zemedkun said.
The government decided to buy the company to realise its Growth and Transformation Plan (GTP) to increase the number of sugar factories from the existing three to 10, said Zemedkun. Currently there are three operating sugar factories namely Wonji Shoa, Finechaa and Metehara.
Wonji Shoa, the largest, has a crushing capacity of 6,250tns of cane per day and its production capacity is 174,946tns of sugar annually. Metehara and Fincha sugar factories have an annual production capacity of 136,692tns and 110,000tns sugar respectively.
The current demand for sugar in the country is assessed at five million to 6.5 million quintals of sugar annually, Zemedkun explained to Fortune.
Budget shortage, complex structure of the Sugar Corporation, simultaneously running the factories and undertaking expansion projects, lack of a clear roadmap of the projects and unrealistic planning are challenges to sugar projects attaining their production schedule, explained an expert who declined to be named.
Currently, there are seven sugar factories under construction, all owned by the government. One of these factories, Kessem Sugar Development project, located along Tekezzie River on 20,000ha will have a crushing capacity of 10,000tn of sugar per day and is expected to start its production this year.
In addition to these ongoing seven sugar factories, there is also an ongoing private initiative, Hiber Sugar S.C. which will operates on 25,000ha of land in Amhara Regional State at Tana Beles Basin.
Established in October 2010 by Council of Ministers' Regulation Number 192/2010, the Sugar Corporation is empowered to manage the established sugar factories and sugar production projects in progress as well as new sugar development projects.