Phoenix Africa: A boxer, a grandee and an ex-soldier seek $27m for rice-producing business in Sierra Leone 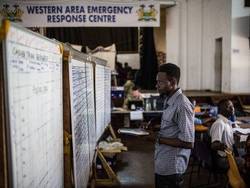 Phoenix Africa: A boxer, a grandee and an ex-soldier seek $27m for rice-producing business in Sierra Leone

An Oxford University boxing blue, a former Shell chairman, and an ex-SAS commanding officer are looking to raise $26.6m (£17.8m) to build the biggest food company in Ebola-scarred Sierra Leone.

Phoenix Africa focuses on African countries that are recovering from conflicts, such as Sierra Leone’s long civil war, and are therefore neglected by many investors. With just $250,000, it launched a rice-producing business, Lion Mountains, in the Bo District to the south of Sierra Leone at the height of the Ebola crisis last year.

Rice is the main staple of the Sierra Leonean diet but most of it is imported – at an estimated cost to the economy of at least $350m a year. Doctors have started to get the spread of Ebola under control, so Phoenix Africa is now trying to raise a fresh $1.1m tranche of money from wealthy individuals and family trusts to expand its farmland. The rest of the cash will be raised next year.

Lion Mountains sells 50kg bags of rice to market stall holders for about $40 to $50 each, with the local community given a share of the profit.

Mr Docherty has assembled a heavyweight team at the top of Phoenix Africa: Major General John Holmes, who was once director of the UK Special Forces, is a director; and Sir Mark Moody-Stuart, a City grandee who has chaired Shell and Anglo American, is a special adviser.

But Mr Docherty is critical of the UK Government’s Commonwealth Development Corporation (CDC), which has refused his requests for investment in Lion Mountains, saying it needs more evidence that the taxpayer will get a return.

“The CDC should come in – we tick every single box,” said Mr Docherty. “The mindset is of not wanting to go in first with investment; they want a proven concept. That is entirely rational, but it does defeat the purpose of CDC being a catalyst investor [to promote growth in developing countries].”

A CDC spokesman said: “If any of the opportunities to invest ... could have compelling development impact, but there are significant issues to overcome, we’ll often work alongside the business to provide advice or connect them to our investment partners. And this is what we are currently hoping to do with Phoenix.”