Reports surface of ‘massacre’ of Hamar tribespeople in Ethiopia 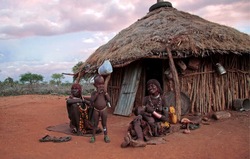 Reports surface of ‘massacre’ of Hamar tribespeople in Ethiopia

The Hamar, like the other tribes of the Lower Omo Valley, are victims of the government’s policy of “villagization.”

They are being evicted to roadside villages without their consent, and their ancestral grazing lands are being sold off to investors for commercial plantations.

These land grabs have already led to starvation in some parts of the Lower Omo Valley.

Tensions have been rising as a result of these evictions and, at the end of May, Hamar were reportedly attacked by soldiers with mortars and semi-automatic weapons.

A news blackout imposed by the government makes it impossible to know the exact number of casualties, but one expert has referred to what took place as a “massacre.”

Some observers have also linked the violence to the failure of the government to investigate the alleged rape of Hamar girls by local government officials, and to the prosecution of Hamar men for hunting on their ancestral homelands.

For several years, evictions have been accompanied by other serious human rights abuses in the Lower Omo Valley, including beatings, rape and arbitrary arrest.

One Hamar refugee told Survival, “The government told us that if we don’t give into them we will be slaughtered in public like goats.”

In response to Survival’s campaign, international donors to Ethiopia visited the region in August 2014. However, they have yet to release the reports from their investigation, despite formal requests by Survival to the European Union and the UK and US governments to do so.

Reports indicate that the soldiers are still in the Lower Omo and are now threatening the Mursi and Bodi, the Hamar’s neighbors, with violence. According to one indigenous person currently in the region, “They say they will kill us. We are now crying a lot. Crying to ourselves.”