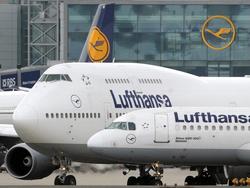 The Germain airline Lufthansa says it has already found a farm in Cameroon to acquire and grow jatropha.
PEI | 4 September 2014

German airline Lufthansa has spent close to 12 months researching the creation of a biofuel investment fund as part of an effort to secure an alternative and more environmentally friendly supply of fuel for its jets and decrease its carbon dioxide emissions.

The company is currently in talks with several investment firms about taking on management of a private equity fund that will target $600 million in commitments. It hopes to complete the selection process, which is now between three firms, by the end of the year, according to Joachim Buse, vice president, aviation biofuel at Lufthansa.

“This is the first time I have ever organised this kind of new business so we want to be really confident that we have brought the right managers on board,” Buse told Agri Investor. “We have talked to companies that have been engaged in setting up funds and administering them in the past and also to pension funds and other large institutional investors that could come on as LPs in the fund as part of a pre-marketing phase.”

Germany-based Kronstein Alternative Investment Advisors is the placement agent. The fund will invest into farmland to grow oil crops and also into the infrastructure needed to process their seeds into vegetable oil. The oil, also known as feedstock, will then be sold to refineries to create jet fuel or bio-kerosene; Lufthansa will have an offtake agreement to buy back the jet fuel.

Lufthansa has already found a farm in Cameroon to acquire and grow jatropha, the Mexican flowering plant, for its seeds. It is a perennial crop – one that lives for two years or more.

The fund will also acquire farmland to grow camelina, an annual crop that produces oil seeds. This land is more likely to be in Eastern Europe, according to Buse.

While Lufthansa will have little to do with the day-to-day running of the fund once it has launched, it will still play a part in sourcing farmland investments. “We will concentrate on the next project in a role as a pathfinder, not an executor,” said Buse.

The fund’s structure will be finalised when the GP has been appointed but it is most likely to pursue a standard 10-year private equity structure, said Buse. The initial $600 million fundraising will cover the acquisition of the first three projects, he added. Lufthansa is unlikely to be an investor in the fund. The fund is targeting an internal rate of return of over 20 percent, according to Buse.