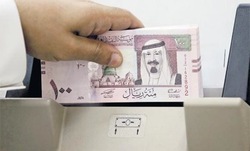 Saudi investments in the Sudan are expected to cross $13 billion (SR48.75 billion) in the next few months, particularly following a decision on canceling entry visas for Saudi investors, local media said quoting a senior official at the Sudanese Higher Council of Investment (HCI).

He said Saudi investments in the Sudan are the biggest agro investments represented, to mention some, in Kenana Sugar Company (KSC), Sulaiman Al-Rajhi and Saleh Kamil investments.
Saudi Arabia is a strategic partner with the Sudan in investments, especially in animal resources, he said.

The HCI chief said his country had prepared good and appropriate investment atmosphere, which was crowned by the issuance of new investment law (2013) in addition to the revision of all related regulations.

Endowed with huge natural resources, especially in the area of agriculture, the Sudan is the most qualified country to bridge the gap in food shortage not only in the Arab World, which is estimated at $40 billion, but also a big portion of the global food shortfall, in cooperation with capitals of the sisterly Arab countries, he said.

Head of the national agricultural commission at the Council of Saudi Chambers (CSC) Abul Ghadir commended the cancellation of entry visa for Saudi investors which, he said, will expand Saudi investments in the Sudan.

The drive to invest in foreign countries comes to realize the initiative of Custodian of the Two Holy Mosques King Abdullah to invest abroad, in particular the cultivation of five major products — wheat, barley, corn, beets, and soybeans — in addition to fodder in certain African countries, he said.

The Kingdom supports the cultivation of fodder abroad and seeks ways to bring it back to local markets, a matter that will encourage agricultural investors to enter into this area, he said.

African countries have captured preference of Saudi investors, notably the Sudan and Ethiopia, and other countries that enjoy comparative advantages in terms of water abundance and suitability of climate, he said.

Saudi investments in Africa are distributed at varying rates, topped by the Sudan at 20 percent, followed by Egypt and Ethiopia (10 percent each), and shares of other countries ranging between 2.5 and 3 percent, he pointed out.