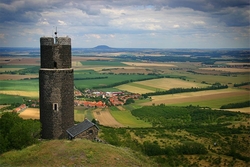 Český fond půdy, the Czech Republic farmland fund management firm, has raised €6 million ($8 million) for the Czech Land Fund, an open-ended farmland fund. The founders are targeting €10 million year and are positive about the fund’s future potential after the first close attracted a mix of high net worth individuals, mutual funds and a major domestic pension fund.

The buy-and-lease, open-ended fund acquires very small plots of land, about an acre or two in size, and leases them to farmers looking for a small holding although the small acreages are also consolidated to create bigger holdings for lease. It usually yields 4 percent in rent but has the potential to raise rents due to the high profitability of Czech farmers, said Burda.

“[The smallholders] are profitable even without European subsidies, so there is room to increase the rent,” he said.

Burda and his colleagues hope to make 2,000 individual land acquisitions a year; it is already two thirds deployed with 4,500 acres under management, according to Burda. Buying the land is not always a simple process, however, as with other Eastern European countries that were part of Soviet bloc.

“There are hundreds of thousands of land owners in the rural areas as a result of the allocation of small plots during the communist era. Seventy percent of them are reluctant to sell, so sometimes acquiring land is a challenge,” he said.

The fund will not use leverage. An open-ended fund, investors are required to commit a minimum of €125,000 to it for a minimum of five years. After this time, investors can withdraw money from the fund twice a year. The fund charges a 20 percent penalty on investments withdrawn early. The fund attracted 50 individual investors, three mutual funds and one of the major pension fund.

The low value of Czech farmland – it is valued at around a fifth of land prices in Germany or Austria – combined with a need for alternative asset classes, is attracting investment interest, according to Burda. “Institutions are conservative investors by nature but it’s key for them to diversify with alternatives. They cannot rely on a huge pile of bonds these days,” he said.

Burda has worked in the asset management industry for 15 years, most recently as chief executive of Ceska Sporitelna, a mutual fund provider.