Three companies to be split-off from Lithuanian Invalda 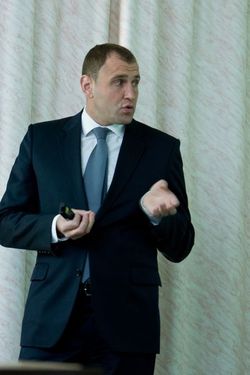 Three companies to be split-off from Lithuanian Invalda

Invalda LT, one of the major Lithuanian investment companies, announced the split – off terms. According to the terms, three companies INVL Baltic Farmland, INVL Baltic Real Estate and INVL Technology, presently comprising 48% of Invalda LT assets calculated in book values, will be split – off from Invalda LT, reported LETA/ELTA the company.

Invalda LT is split – off in order to redesign its business model according to classical asset management principles. Invalda LT, AB will seek to receive the main income from the management activity and to become one of the largest asset management companies in the region.

"We expect that the split – off will be beneficial for all 3.9 thousand shareholders for Invalda LT and new investors since they will be able to select the risk level as well as the term of the investments. We believe that the split – off of homogenous assets to the separate companies will allow seeing real asset value. All the shares of the newly established companies are planned to be quoted on the NASDAQ OMX Vilnius Exchange," said, Darius Sulnis, President of Invalda LT.

The shareholders of Invalda LT will have to vote on approval of the split – off terms. It is plan to convoke the shareholders meeting at the end of April 2014.

INVL Farmland, which is going to invest into agricultural land, INVL Baltic Real Estate, which will invest into real estate and INVL Technology, which will invest info information technology companies, will apply for closed-end investment company licenses and will be similar to closed-end funds. "According to our plans, all new companies after estimating market conditions and receiving investment companies' licence will seek to raise additional capital thus increasing the liquidity," said Sulnis.

17 companies investing into agricultural land and loans granted to them should be transferred to INVL Baltic Farmland. Presently 17 companies altogether own about 3 thousand hectare of land, the consolidated equity at the end of 2013 amounted to LTL 34.4 million (EUR 10 million).

"The split – off is carried out according to book values, not market values, therefore the market will have to set shares prices of the new companies. Asset valuations in the real estate and agricultural land companies are fulfilled and INVL Technology could be estimated according to the cash flow method," said Sulnis.

The split – off should be finished in the first half of 2014. All new companies after their registration will apply NASDAQ OMX Vilnius Stock Exchange regarding listing.