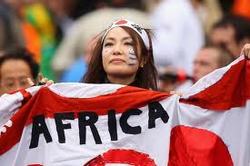 Farmers and civic groups in Mozambique urged Japan during Prime Minister Shinzo Abe's trip to Africa to halt an agricultural program it is promoting in their country that they say could result in land grabbing.

The Nampula Civil Society Platform, which represents more than 200 nongovernmental, farmers' and other civic groups, claims in a statement that the "ProSavana" program to develop a vast area of intact savanna in northern Mozambique would have "baneful implications" for land ownership security and the environment.

"Japan's 'generous support' takes place in a perspective of continued colonialism," it says.

Abe, who wrapped up his trip to the Middle East and Africa on Tuesday in Ethiopia, pledged Sunday in Mozambique to provide a total of $672 million in official development assistance for local development projects including ProSavana over the next five years.

In a joint communique issued after their talks in Maputo, Abe and Mozambican President Armando Guebuza reaffirmed their commitment to continue "close dialogue" with local communities over the agricultural project, also prompted by Brazil.

But the statement says that the groups "disown the accord" as it is disregarding calls to pay attention to negative sides of the project, and urge Japan to implement a program that would "genuinely build capacity, strengthen and effectively support the agrarian family sector."