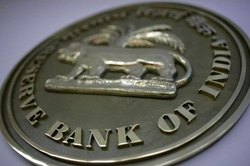 Indian companies have attracted global controversy for a spate of large land deals across Africa, yet the Indian Export and Import (Exim) Bank has largely steered clear of directly financing land deals, The Hindu has learnt.

Shapoorji Pallonji, an industrial conglomerate with a large stake in the Tata group, is believed to be the only group to have obtained part financing from the Exim bank for a 50,000-hectare bio-fuel project in the Benshangul Gumuz region in western Ethiopia. Bank officials and Shapoorji Pallonji declined to comment on the details of the deal.

Land activists claim Indian companies have acquired 4.5 million hectares of arable land in Africa and an estimated 628,000 hectares in Ethiopia alone, but the figures appear to be based on news reports of Memoranda of Understanding (MoU) rather than ground reports. The Ethiopian government has maintained that commercial agriculture is a vital part of the nation’s bid to increase incomes and raise living standards.

In an interview in Addis Ababa last week, the Chairman and Managing Director of India’s Exim Bank, T.C.A. Ranganathan, said experience gained from agriculture lending in India was not applicable in Africa, as very few Indian companies had established track records in developing lands on the scale seen across the African continent.

“The infrastructure to handle agriculture needs to be well in position and you can’t do a…large operation without enough control processes and systems in place,” said Mr. Ranganathan, “We don’t have enough companies in India who have those pre-existing credit histories of such large agriculture operations.”

Mr. Ranganathan noted that few African countries (barring exceptions in southern Africa) had histories of large-scale agriculture, suggesting that investors were still learning how to implement such projects.

“Agriculture has never been a major activity here,” he said. “There would be some unknown tripwires that prevent large scale agricultural activities. We want companies borrowing from us to be absolutely sure they are doing the right things.”

Activists have long speculated that companies may be acquiring large land banks as collateral to raise assets, but Mr. Ranganathan dismissed the suggestion. “All banking is lending against cash flows,” he said, noting that companies leased the land, rather than bought it, “Value of land is based on the use value, if there is no use value there is no value. You have to see the cash flow… if the chap doesn’t have credit history, you go a bit slowly.”