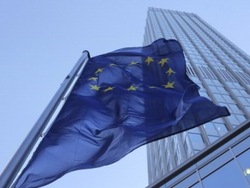 Croatia has retained restrictions on the purchase of farmland, so that foreigners will not be able to buy agricultural land in Croatia for seven years after the country's entry into the EU, with a possibility of extending this time frame for another three years.

Croatia's accession to the European Union will bring changes to the system of subsidies and direct payments to its agricultural sector and will provide the country with access to funds for rural development.

Croatia will be given additional financial envelopes for areas affected by land mines left over from the 1991-1995 war and for the wine sector.

Croatia has retained restrictions on the purchase of farmland, so that foreigners will not be able to buy agricultural land in Croatia for seven years after the country's entry into the EU, with a possibility of extending this time frame for another three years.

The financial envelope for direct payments in agriculture has been set at 373 million euros annually, and the transitional period for financing from the EU budget is ten years, with co-funding from the national budget of up to 100 per cent starting from the first year of membership.

The financial envelope for mine-infested areas is 9.6 million euros, while the wine sector will have 10.8 million euros at its disposal. With entry into the EU, it will no longer be allowed to plant new vineyards, but only to cultivate the existing ones, until the end of 2015.

A transitional period of three years from accession has been agreed for the application of existing state aid for sugar beet, extra-virgin and virgin olive oil, tobacco, dairy cows and breeding sows.

Croatia has also ensured the possibility of direct payments and additional entitlements for sensitive sectors such as milk production, cattle fattening, sheep and goats, and tobacco production.

Accession to the EU will also see the lifting of remaining customs duties in trade between the EU and Croatia. Croatia will now be allowed to export its agricultural and food products to EU markets without any such restrictions, while at the same time it will open its market to EU imports.

Trade and free trade agreements which Croatia signed will go out of force. The biggest impact will come from Croatia's withdrawal from the Central European Free Trade Agreement, given that its signatories are the most important export market for Croatian agricultural and food products.

Croatia is entering the EU market with one new product, "pekmez", which is similar to jam. Croatia is allowed to market the product under this name although it is not covered by applicable EU legislation. Products under the name "marmalade" will gradually disappear from the Croatian market, except those made of citruses. Products made of non-citrus fruits will be allowed on the market only under the name "jam" or "extra jam".

Only 12 Croatian products have so far been awarded a protected designation of origin, including Krk prosciutto, Drnis prosciutto and Varazdin cabbage.