Joint Statement: Leaked copy of the Master Plan for the ProSAVANA programme in Northern Mozambique confirms the worst

Civil society groups have finally seen a leaked copy of the most recent version of the Master Plan for the ProSAVANA programme, which is dated March 2013. The copy makes clear the project's intentions and confirms that the governments of Japan, Brazil and Mozambique are secretly paving the way for a massive land grab in Northern Mozambique. Several organisations from Mozambique and their international partners are now making this plan publicly available, along with some of their initial reflections. (Download the Master Plan, Report no.2 here: part 1, part 2, part 3.) 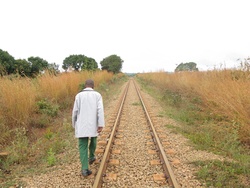 ProSAVANA is a programme between Japan, Brazil and Mozambique to support agricultural development in Northern Mozambique. According to the copy of the Master Plan leaked to civil society, the programme will cover an area of over 10 million hectares in 19 districts within 3 provinces of Northern Mozambique-- Nampula, Niassa, and Zambézia. Over 4 million people live and farm in this area, which has been dubbed the Nacala Corridor.

The entire process of developing the ProSAVANA programme and its Master Plan has been characterised by a complete lack of transparency, public consultation and public participation. While agribusiness corporations have been part of government delegations to investigate business opportunities in the Nacala Corridor, the 4 million farmers living in the affected area have received no information about the intentions shown in the Master Plan. Three governments have refused to make this version or earlier versions of the Master Plan available to the public.

The Master Plan was produced by a team of foreign consultants with close linkages to multinational agribusiness corporations, some of which are already acquiring land in the ProSAVANA area.1 There were no meaningful consultations with local communities and the plan does not consider their needs, their histories and knowledge, or their aspirations for the future. Nor is there any appreciation of their local farming and food systems.

ProSAVANA is presented as a development/ aid programme but the leaked version of the Master Plan makes it clear that it is simply a business plan for the corporate takeover of agriculture in Mozambique.

What does this Master Plan mean for small farmers?

The proponents of the ProSAVANA programme have said repeatedly that this is a programme to support small farmers. But the Master Plan only considers how small farmers can support agribusiness. This boils down to two main directives:

Although zero analysis was made of the effectiveness of traditional farming practices in the area, the Master Plan says the "transition from shifting cultivation to settled farming is an urgent need" and says this is "the key strategy proposed in the Master Plan". It even calls for actions "combating the practice of shifting agriculture."

The plan acknowledges that farmers are likely to resist giving up their traditional forms of agriculture, so it proposes several means to encourage them to do so, such as the formation of "leading farmers" who can demonstrate the advantages of intensive agriculture, "a pump-priming subsidy system for chemical fertilizers", and, most importantly, private land titles (DUATs) for those farmers that make the switch.

It is clear to us that the real objective behind these efforts to push farmers into intensive cultivation is to privatise the land and make it more available to outside investors. Relegating farmers to a fixed parcel is a way to mark off lands more clearly for investors and to make it possible for provincial governments to establish the land banks for companies that the plan calls for. It also allows investors to bypass negotiations with communities to access lands. The Land Registration of the Small Scale and Medium Scale Farmers component of the Master Plan clearly states that its objective is to "facilitate the identification of areas for the promotion of agriculture by large farmers, private companies and medium scale farmers." It is also described as a means to "create an environment of cooperation and integration between the small scale farm and new investors."

The Master Plan divides the Nacala Corridor into zones, and defines which crops should be grown in these zones, where and how they should be grown, and by whom they should be grown (small farmers, medium farmers or corporations). Within these zones, the plan lays out several projects for the production of commodities, some of them based exclusively on large corporate farms, others based on a mix of large or medium farms and contract production arrangements with small farmers.

Contract farming will not improve the lives of small farmers in the area. It will instead make them dependent on a single corporation for everything from their seeds to the sale of their crops. One of the proposed contract farming projects in the plan envisions a return on investment of 30% per year for the company while farmers in the project will be forced to devote 5 out of the 5.5 ha they will be allocated to the production of cassava under contract production with the investor.

A paradise for corporations

The plan lays out several business opportunities that companies can invest in and get huge projected returns of between 20%-30% per year. Companies that invest will be able to tap a $2 billion Nacala Fund that is being financed by governments and investors in Japan and Brazil. Although details of this fund are still missing from the leaked version of the Master Plan, other sources indicate that the fund will be registered in the fiscal paradise of Luxembourg and called the Africa Opportunity Fund 1: Nacala.2

Some of the projects within the plan will provide large areas of land to investors. The Integrated Grain Cluster, which is planned for Majune District, Niassa Province, will be managed by one vertically integrated company that will operate nine 5,000 ha farms, within a 60,000 ha zone, to produce a rotation of maize, soybeans and sunflower, mainly for export. According to the plan, "the project has a high profitability and the internal rate of return was calculated at 20.3% and the payback is 9 years." The Master Plan calls for projects such as this one to be expanded and reproduced throughout the Corridor.

Corporations will also benefit from several Special Economic Zones (SEZs) that are proposed in the plan. In these zones, companies will be free from paying taxes and customs duties and will be able to benefit from offshore financial arrangements. These SEZs will be located at the main sites that the project is planning for processing and trading facilities, which will cut deeply into any revenues that could accrue to the government through the planned development of agro-export industries.

Since the planning for ProSAVANA began in 2009, many foreign investors and their local partners have already acquired large parcels of land in the programme area, leading to numerous conflicts over land with local communities. The intention of the Master Plan is to bring even more investors to the area, which will make land conflicts even worse.

The main solution that the Master Plan proposes to these growing conflicts are the "ProSAVANA Guidelines on RAI" (Responsible Agricultural Investment). These guidelines are essentially a checklist based on the seven RAI principles that were developed by the World Bank and have been widely denounced by peasant organisations and civil society groups. The “ProSAVANA Guideline on RAI” will be included as an annex in the “Data Book for Private Investors” that will be released by August 2013 as part of efforts to promote agribusiness investment in the Nacala Corridor.

The guidelines are weak and only voluntary and the plan does not call for any new laws or regulations that could really defend communities against land grabs. The plan only says that "private investors interested in agricultural development in the Nacala Corridor will be requested to comply with these principles, in addition to their internal codes of conduct and voluntary self-regulations."

What's the end result of this plan?

The Master Plan, in its current form, would destroy peasant agriculture, by wiping out farmer seed systems, local knowledge, local food cultures and traditional systems of land management. It will displace peasants from their lands or force them on to fixed parcels of land where they will be obliged to produce under contract production for corporations and to go into debt to pay for the seeds, fertilisers and pesticides required. The peasants that do get private land titles will be left at extreme risk of quickly losing their lands to corporations and big farmers.

It is telling that only one of the seven clusters in the Master Plan is aimed at small scale farmers and family food production. And this cluster only proposes the same old failed green revolution model of development. The Master Plan puts no real thought and energy into the needs and capacities of peasants in the Nacala Corridor.

Corporations are the big beneficiaries of this Master Plan. They will get control over land and production and they will control the trade of the foods produced, which will be exported along the roads, rail lines and Nacala port that other foreign corporations will be paid to construct with public funds from Mozambique and Japan. Foreign seed, pesticide and fertiliser companies will also make a killing from this massive expansion of industrial agriculture into Africa.

Some Mozambicans will profit from this. For example, Portugal's richest family has set up a joint venture to acquire lands and produce soybeans in Northern Mozambique with a national company controlled by the friends and family of Mozambique's President and in partnership with one of Brazil's largest corporate farmers. But these profits will be made at the expense of regular Mozambicans.

Seeing the Master Plan only confirms our determination to stop the ProSAVANA programme and to support Mozambican peasants and people in their struggle for food sovereignty.

1The Master Plan was drawn up by a group of consultants from the Getulio Vargas Foundation (FGV). These consultants are also directors with Vigna Brasil, also known as Vigna Projetos, which provides agribusiness consultancy services to corporations such as Galp Energia, Vale, Syngenta, Petrobras, and ADM. Galp, owned by the Amorim family of Portugal, is already invested in a large-scale soybean farming operation in the ProSAVANA project area through a joint venture called AgroMoz with Intelec, a holding company partly controlled by the family of the Mozambican President. Vigna Brasil has the same contact address as the company 4I.Green, which is described as the technical manager for the Nacala Fund-- the main financing vehicle for the big agribusiness projects in the Nacala Corridor.