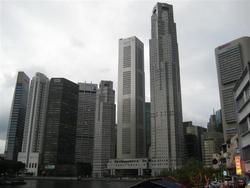 SINGAPORE-based Duxton Asset Management has bought more than 800 hectares of Queensland fruit orchards for a discount of more than 50 per cent from receivers of failed managed investment scheme Rewards Group and listed land owner Ark Fund.

Three separate farms at Mareeba, in the state's north, Childers near Hervey Bay and Kumbia east of the Sunshine Coast were purchased for about $5 million, reports The Australian Financial Review.

Documents filed with the Australian Securities Exchange show the properties in Mareeba and Kumbia alone were bought for more than $9 million in 2007 and 2008.

The deal to buy the properties from receivers McGrath Nicol was confirmed by Duxton's chief investment officer Desmond Sheehy.

"The unwinding of managed investment schemes has created a lot of opportunities to invest in assets at a significant discount to replacement cost," he said.

Duxton, which is partly owned by Deutsche Asia Pacific, manages about 90,000 hectares of global farmland.

"We are a global investor and we have been looking to diversify our portfolio," he said.

Mr Sheehy said Duxton had been looking at the horticultural assets for 18 months.

Despite the properties having been managed on a shoestring budget by receivers since the owners collapsed, he said the "fair price" Duxton paid was proportional with the risk.

The Kumbia asset consisted of 300 hectares with a 30-hectare planting to stone fruit. In Mareeba four properties totalling 316 hectares included 120 hectares of mango trees and 2.5 hectares of lime trees.