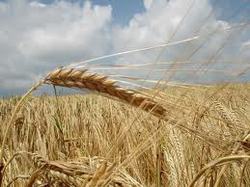 A spokesman for TIAA-CREF would not be drawn on the size of commitments by each party and declined to elaborate on the identities of the other "like-minded institutions" outside the four named stakeholders.

However, AP2 has previously said last April's commitment to the venture entailed a commitment of around $250m.

Explaining the large allocation to the agricultural sector, Jose Minaya, managing director and head of global natural resources and infrastructure investments at the $487bn TIAA-CREF, said it saw increasing protein consumption in developing countries, as well as alternative energy mandates, driving demand for food and fuel from the limited resource of land.

"Direct investment in farmland provides access to the key driver of food production," he said. "Sustainable land management is imperative to help create value over the long term, and we employ best practices across our portfolio accordingly."

Anders Strömblad, head of external managers and alternative investments at AP2, stressed the importance of a sustainable and transparent platform for accessing the "emerging" asset class.

Discussing the joint venture in the fund's annual report earlier this year, Strömblad said it had led to a shift in the buffer fund's real estate strategy – with previous agricultural investments made via funds.

"Investing through a company provides us with greater opportunities for acting in the long term, as opposed to via funds," he said at the time.

"A longer-term perspective suits both us as an investor and the object of our investments – forest and agricultural real estate – better."

Caisse's executive vice-president Normand Provost said the investment – its first into farmland – was attractive because it diversified the CAD159bn (€120bn) asset manager's portfolio, while bcIMC's chief executive Doug Pearce echoed Minaya by adding that land was an asset of strategic importance for the future.

TIAA-CREF, as founding member of the Principles for Responsible Investment in Farmland, was keen to underline the sustainable nature of its approach, with the land leased back to local farmers and operators to oversee the plots.