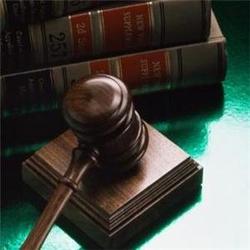 If the High Court found against the OIO, it could raise serious questions about the way it has applied the law in other big foreign purchase consents
Stuff | 20/01/2012

The inner workings of one of the Government's most secret agencies, the Overseas Investment Office, could be blown open if it consents to a Chinese company buying the big Crafar dairy farming estate.

A group of farmers and iwi fronted by former merchant banker Sir Michael Fay is threatening to set a judicial review on the Wellington office if it recommends to Cabinet that Shanghai Pengxin can buy the 16 farms in the central and southern North Island.

A judicial review is conducted by the High Court and establishes whether a decision made by a public body has been made lawfully.

It would be an unprecedented review for the OIO, whose job is to assess applications from foreigners wanting to invest in sensitive New Zealand assets such as farmland.

It is understood that if the OIO clears Pengxin, the group's lawyers will challenge the way the OIO applied the Overseas Investment Act to the application.

If the High Court found against the OIO, it could raise serious questions about the way it has applied the law in other big foreign purchase consents. These could include recent approvals for German and Swiss investors to buy big farms, high country stations and forests in the South Island, and foreign pension group investments in North Island forests.

Pengxin, whose offer for the in-receivership farms was accepted by receivers KordaMentha early last year conditional on it getting OIO consent, has been waiting nine months for an answer from the office, which is suspected by its critics of having an increasingly political agenda. New Zealand has a free trade agreement with China.

Fay's group believes two Chinese bids for the Crafar farms, and other Chinese deals under way for dairy processing facilities on both sides of the Tasman, have links to a Chinese government strategy to source milk.

The receivers recently gave Pengxin until January 31 to make its offer, understood to be between $210 million and $220m, unconditional. Fay's group last year offered $171.5m for the farms, which would be divided among members of the consortium. Receivers said the offer was too cheap.


Michael Fay's group believes two Chinese bids for the Crafar farms, and other Chinese deals under way for dairy processing facilities on both sides of the Tasman, have links to a Chinese government strategy to source milk.
The farmers' group has retained QC Alan Galbraith and Bell Gully. Spokesman Alan McDonald denied the threat to seek a judicial review was sabre-rattling as the contest for the farms goes down to the wire after a receivership lasting more than two years.

The OIO has been told legal action is a certainty if Pengxin gets consent, he said. It is understood High Court injunctions against OIO action may also be sought.

In keeping with its reputation for stonewalling requests for information, the office, headed by lawyer Annelies McClure, has so far ignored a request from the group's lawyers for a copy of the Pengxin application, McDonald said.

Yesterday, the OIO would only say it was "processing this request in accordance with the requirements of the Official Information Act".

The Fay group says the act does not permit consent for an acquisition of farmland to an overseas buyer with no relevant farming experience. It says Pengxin is a construction and property development company with no expertise in dairy farming.