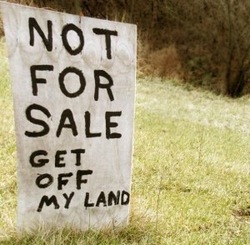 Recent steep rises in land prices worldwide, alongside rising food prices, are prompting more governments to introduce restrictions on overseas land ownership in an attempt to protect against perceived threats to domestic farming interests and food availability. Last year, Brazil passed a law limiting the purchase of land by foreigners, and is continuing to refine associated regulations to be decided by the end of this year. Argentina, Uruguay and the Philippines are considering or implementing similar policies, while South Africa is also fashioning restrictions.

With land demand boosted by high crop prices and investors looking for a safe haven away from turbulent markets elsewhere, farmers in many developing countries are being priced out of local markets. At the same time, countries including China, Japan, South Korea and many Arab nations are all snapping up acreage and dedicating it to producing exports for home markets, sometimes in countries at risk of food shortages – giving rise to concerns over local food security.

The new legal limits are of a general nature: Brazil’s law of September 2010, imposed restrictions on foreign ownership and leasing, limiting foreigners to a quarter of any agricultural municipality. Argentina has set a limit of 20% of the country’s total area, and ownership to 1,000 hectares each in productive agricultural areas. In Uruguay, where foreign ownership has risen to 30% from 17% in 2000, new rules are expected this year.

The associated regulations being drawn up seem designed to target foreign-owned government and operations supplying food exclusively for their own home markets, along with speculative activity, although long term development is being encouraged. To achieve this many regulations and caveats are needed in pursuit of national targets, rather than an outright ban.

But despite this goal, industry participants involved in finalising regulation in Brazil claimed at a recent hearing that up to $35 billion, broken down as $4 billion in grain production, $9 billion in sugarcane, and $22 billion forestry – in potential investment is at risk over the next five years. Overseas owners control 30% of Brazil’s sugar and ethanol production – an area badly in need of substantial investment to meet soaring domestic demand. Meanwhile planned restrictions in Uruguay and Argentina are said to be threatening further investment in soybeans, corn, rice and forestry.

In South Africa, the government has dropped a plan to ban foreigners from owning land, but is introducing a four-tier tenure system, with foreigners being allowed ownership with “precarious tenure, with obligations and conditions.” The conditions have yet to be announced, although are expected to include limits on crop exports.

Many other African countries, along with Asian nations such as Mongolia, Nepal and Cambodia, remain committed to attracting foreign land investment in pursuit of development. However, other countries, including Thailand, Vietnam and China, have banned foreign ownership for many years.

In Europe, The Ukraine is approaching the challenge in a different way with plans to collect additional rent on agricultural land by extending export duties from grains to include oilseeds. If implemented, sunflower oil shipments from the world’s top exporter could fall by a quarter.

In the US, the well-respected Creighton University index of US farmland issued this week showed that land prices grew for the 20th month in a row in August, and at a faster rate than in preceding months. With even countries on the brink of recession seeing record land price growth, the pursuit of foreign farmland is unlikely to tail off anytime soon, and will remain a contentious issue for host governments worldwide.