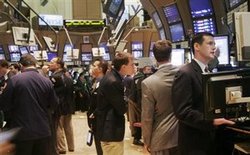 Preparing for Armageddon/the Rapture/World War III/the Zombie Apocalypse? Here is an investment idea to add to your survival kit: Farmland.

Similar to other scarce and tangible resources, like gold and water, farmland is seen as a safe investment in times of financial uncertainty. Mamta Badkar and Joe Weisenthal of Business Insider call it "the ultimate crisis hedge" because of the unrivaled importance of food. And Barton Biggs of Morgan Stanley believes that stocking up on the basic necessities, especially food, is necessary for one's "doomsday safe-haven" (via Business Insider).

Whether or not modern society collapses over the next several decades, it is certain that the rapidly expanding global population will put upward pressure on food prices.

"Over the next 40 years, the population of the world is projected to grow from 6 billion to 9 billion, hugely increasing the strain on arable farmland worldwide," according to MoneyNews.com. "I'm convinced that farmland is going to be one of the best investments of our time," said Jim Rogers, legendary investor and George Soros partner (via ContrarianProfits.com).

Farmland can generate 3% to 5% in annual rental income in addition to around 5% annual appreciation in the value of the land, according to Jilian Mincer of The Wall Street Journal.

Investing directly in farmland is becoming increasingly difficult, however.

"The number of high-quality farms offered on the market is down 30% to 40% ... Even medium-quality land is 20% to 30% less available for purchase," says Loyd Brown of Hertz Farm Management (via The Wall Street Journal).

An alternative to buying land is to invest in companies that benefit from the appreciation of and rental income from farmland. To help you seek out the ideal farmland investments, here is a list of companies that purchase and manage farmland.

1. BG (NYS: BG) : Farm Products industry with a market cap of $10.13B. It is a global agribusiness and food company operating in the farm-to-consumer food chain. The Company conducts its business in four divisions: agribusiness, sugar and bioenergy, food and ingredients and fertilizer. As of December 31, 2010, the overall sugarcane plantations consisted of approximately 157,000 hectares, including both owned and leased land.

2. AGRO (NAS: AGRO) : Farm Products industry with a market cap of $1.36B. It is engaged in three businesses: farming business; sugar, ethanol and energy business, and land transformation business. It is an owner of productive farmland in South America. As of September 30, 2010, it owned 274,663 hectares of farmland in Argentina, Brazil, and Uruguay, of which 121,723 hectares are croppable, 18,909 hectares are being evaluated for transformation, 79,645 hectares are suitable for raising beef cattle and leased to a third-party beef processor, constituting a total of 220,277 productive hectares, and 54,387 hectares are legal land reserves pursuant to local regulations or other land reserves.