The transformation of the Chaco is an ecological and human tragedy 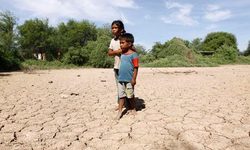 The transformation of the Chaco is an ecological and human tragedy

As the Natural History Museum's expedition is abandoned, the area is being converted to ranchland faster than ever

The Natural History Museum's ill-fated expedition to chart the diversity of South America's "green hell" – the Chaco – has been formally abandoned. This was always likely after human rights groups protested that the researchers might stumble across previously uncontacted tribes, but it marks the end of a sorry, costly episode which has seen conservation fail and human rights trampled on.

But what has happened in that unbearably hot, ecologically fragile, insect-infested thorn-desert, in the past year? The answer is the Chaco – which stretches across Argentina and Paraguay – is now being ripped up and converted to US-style ranchland by bulldozers even faster than it was before and the few Indians who live there have never felt more threatened. Brazilian ranchers, attracted by Paraguayan laws that allow people to fell 70% of their trees, are leading the rush with local Mennonites to buy land, piling across the borders to grow soya and grains.

Now the Saudis have pulled off a classic "land grab" which will destroy a vast area of the Chaco in neighbouring Argentina. This year, the immense Al-Khorayef conglomerate announced it was to spend $400m "irrigating and developing" nearly 200,000 hectares to grow food for Saudi Arabia. This comes under the Saudi government's national food security plan which sees the kingdom move out of grain-growing over the next seven years to save their dwindling water supplies. Saudi businesses have been given billions of dollars to buy land around the world and are even now investing in Ethiopia, Sudan, India, Uruguay and elsewhere.

The indigenous groups who roamed across the Chaco but had no land title are distraught. In Paraguay, the Ayoreo, whose uncontacted relations were known to use the areas where the NHM was planning to go, argued that the British expedition threatened genocide. In Argentina, where the forests and wilderness has fallen even faster in the past 30 years than in Paraguay, aboriginal groups like the Toba, Wichi, Cuom and Mocovi, have been, in effect, exterminated as ranchers have cut down their trees and destroyed the hunting grounds they depended on.

Today's transformation of the Chaco is an ecological and human tragedy, the culmination of centuries of exploitation and land grabbing by colonists, corporations and great powers. Even the Gran Chaco war of 1928-35 in which as many as 100,000 Bolivians and Paraguayans fought over the wilderness for oil and land ownership, did not do so much ecological damage. The old trenches used in this precursor to the second world war are still visible, but the wildlife recovered.

The net result of the NHM episode is rather sad. The museum has gone, probably never to return. Iniciativa Amotiocodie, the small human rights organisation that tried to alert the world to the plight of the Ayoreo in the Chaco, faces draconian penalties by the state, and leaders of the Ayoreo have now written to the UN to complain about a Brazilian company which has destroyed much of their land.

But the conservationists have not given up. The small but effective World Land Trust, has, with local partner Guyra Paraguay, tried to hold a line and now owns 2.5m ha, an area roughly the size of East Anglia. It's not much in the greater picture, but it's an example for everyone.