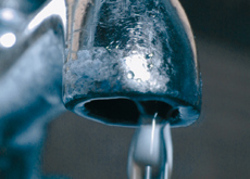 Four of the six Gulf states have been named the countries most vulnerable to a shortage in water supply, risking disruptions to operations and investments, risk consultants Maplecroft said.

The oil and gas-rich states Bahrain, Qatar, Kuwait and Saudi Arabia are at “extreme risk” of interruption to their water supply, topping a list of 186 nations, the firm said in a report.

With the least available water per capita, Gulf states have opted to buy up large tracts of farmland in developing countries in a bid to safeguard their food supplies – a strategy that risks exporting their water shortages to other nations, analysts said.

“If a business is seen to be overusing water supplies to the detriment of the local population it is likely to incur significant reputational damage. Secondly, if water rights are poorly administered this can lead to absolute water shortages.”

Also squeezing resources will be climate change and population growth, which is likely to have a snowball effect on the food security of governments across the world.

One of the most controversial ‘land grabs’ by a GCC country has been seen in Kenya, following a 2008 deal between Qatar and the African country.

As part of the agreement, Qatar will provide the funds for construction of a Kenyan deep-water port in exchange for 40,000 hectares of prime agricultural land on which to grow food for the Qatari market.

Other countries named among the top 10 most at-risk nations included Libya, Yemen and Jordan. In emerging economies such as India, South Korea and China, water shortages have the potential to curb economic development and spur social unrest, the report said.