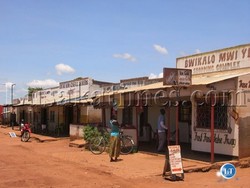 
JEDDAH: Saudi company Menafea Holding intends to invest $125 million in a 5,000-hectare farm in Zambia in the North-Western Province this year and in building 2,000 housing units in Lusaka South multi-facility economic zone (MFEZ).

Menafea Holding board member Khaled Alrajhi said the company plans to invest the funds this year and will grow pineapples and build a factory to produce juice.

"We have been granted 5,000 hectares of land to grow pineapples using the latest technology and are going to put up a factory to produce juice for local consumption as well as for export," Alrajhi said.

Last December, Finance Minister Situmbeko Musokotwane said Zambia did not regard leasing farmland to foreign investors as a form of "colonialism" and was encouraging countries from the Gulf to invest in its agricultural sector.