Dakar Appeal against the land grab

Dakar Appeal against the land grab 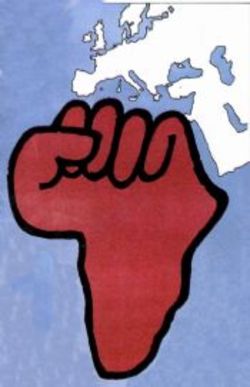 The final version of the appeal is open for endorsement on-line until March 31, 2011:


Considering that recent massive land grabs targeting tens of millions of acres for the benefit of private interests or third states - whether for reasons of food, energy, mining, environment, tourism, speculation or geopolitics - violate human rights by depriving local, indigenous, peasants, pastoralists and fisher communities of their livelihoods, by restricting their access to natural resources or by removing their freedom to produce as they wish, and exacerbate the inequalities of women in access and control of land;

Considering that investors and complicit governments threaten the right to food of rural populations, that they condemned them to suffer rampant unemployment and rural exodus, that they exacerbate poverty and conflicts and contribute to the loss ofagricultural knowledge and skills and cultural identities ;

We call on parliaments and national governments to immediately cease all massive land grabs current or future and return the plundered land. We order the government to stop oppressing and criminalizing the movements of struggle for land and to releaseactivists detained. We demand that national governments implement an effective framework for the recognition and regulation of land rights for users through consultation with all stakeholders. This requires putting an end to corruption and cronyism, which invalidates any attempt of shared land management.

We all have the duty to resist land grabbing and to support the communities fighting for their dignity!

Undoubtedly, land grabbing was one of the main axes of mobilization during the last World Social Forum (WSF) in Dakar. Various social movements, faith-based groups, environmental, development and human rights organizations organized a series of events revolving around this issue.

One of the most relevant was jointly convened by the West African Network of Peasants and Agricultural Producers (ROPPA) and La Via Campesina at the FIARA agricultural fair, focusing particularly on strategies for action. Peasant leaders from different countries highlighted the importance of awareness raising and alerting not only their constituencies but the society at large about the serious impacts of land grabbing, due to the threat that this development poses to all. They called for joint actions at all levels and in different fields, including information, research, media outreach and bringing the cases to court.

Particularly impressive was the testimony of a peasant delegation from Ségou, one of the regions of Mali most affected by land grabbing. They described how the preparatory works for putting into production large-scale land grants like the construction of an irrigation canal have already led to the destruction of the houses and subsistence plots of approx. 60 families. In addition, access to the Niger River by local peasants has been limited, affecting particularly women whose livelihoods depend on the river. Even more significantly, the Malian peasant delegation told WSF participants at various events how they have been organizing at the
grassroots and national levels to face this threat.

Similar events were organized by CCFD-Terre Solidaire, Peuples Solidaires, ACORD, Catholic development organizations, FIAN International, the African Network on the Right to Food, the Ecumenical Advocacy Alliance, the Fellowship of Christian Councils and Churches of West Africa, ICCO, Bread for the World, Dignity International, among others.

Following the suggestion by French NGOs to build on the joint positioning on land grabbing developed by CSO during the last session of the Committee on World Food Security (CFS) in Rome in October 2010 *, La Via Campesina and ROPPA, with the support of FIAN International, Friends of the Earth International, CCFD – Terre Solidaire, Peuples Solidaires and AGTER took
leadership to facilitate an assembly of convergence of all groups interested in launching in Dakar a strong appeal against land grabbing.

Participants in the assembly of convergence adopted this appeal and stressed that it should serve as a vehicle to forge broad alliances at the local, national and international levels and pave the way for large mobilizations to support all the communities and peoples’ organizations that are defending themselves against land grabbing on the ground.

The appeal calls for an immediate stop to land grabbing and the restitution of the lands that have been taken away from local communities. Moreover, it makes several demands of national governments and international organizations.

We invite all organizations and persons interested in working along the lines of the appeal to endorse it. To sign on on-line, please see below. The appeal will be open for the endorsement until March 31.

* For a report about the CFS discussions in October 2010, visit http://www.fian.org/resources/documents/others/forerunning-new- international-decision-making-on-land-issues-2013-a-report-on-the-cfs-land-discussions-rome-october-8-16-2010