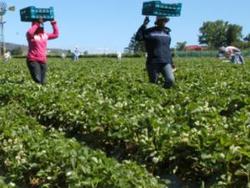 Johannesburg - More South African farmers expect to receive land offers in Mozambique as they seek to expand across Africa amid uncertainty over land reform at home, an official from a mostly white farmers group said on Monday.

South Africa - Africa's biggest economy - has one of the most developed agricultural sectors on the continent and its farmers are looking to expand into other countries. Some 800 South African farmers are already farming in Mozambique.

“We expect that in the Gaza province, another 600 farmers would establish themselves. The farmers who are there are mostly medium-scale farmers and the others would be large-scale farmers,” De Jager told Reuters in an interview.

He said the additional farmers were expected to start farming in Mozambique by May next year.

South African farmers have so far received land offers from 22 African countries, with Congo offering one of the biggest land deals on the continent.

The Congo deal is part of its plan to improve food security by allowing South African farmers to lease land for up to 105 years to farm maize, soya beans, poultry and dairy.

The deal, which was expected to be concluded by the end of last month, faced some delays.

“We had a bit of a hold up with the finalisation of the individual contracts between farmers and (Congo's) department of agriculture, but we got the final template for the contract,” De Jager said.

Agriculture investment in South Africa has slowed due to the uncertainty over land reforms meant to hand over 30 percent of farm land to the country's black majority by 2014.

The programme has caused unease as white commercial farmers are unsure whether to reinvest in farms under claim by blacks, while foreign investors have been wary of proposals to limit overseas land ownership.

“In all our discussions with the Europeans, Americans and even with the Brazilians, they are all waiting to see what will pan out with the green paper on land reform,” De Jager said.

The government said last year it had managed to transfer 6 percent of land to blacks and said it will introduce new ways to speed up the process.

De Jager added the farmers' group had made good progress in its land deals talks with Gabon and Cameroon and that some farmers had started producing crops in Egypt.