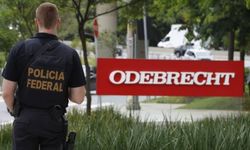 Odebrecht is a large Brazilian conglomerate whose former CEO was just incarcerated for corruption
At least USD 310 million is the total value of an investment contract signed between private companies for the production of cereals, vegetables, fruits and meat in the Agro-industrial Complex of Capanda (PAC) in northern Malanje province.

These are the national companies Cimagro Lda, Odebrecht Angola Lda, Lda APB, and Sagia, which will produce an area of 35,000 hectares in the municipalities of Cacuso, Malanje and Cangandala, regions which comprise the PAC.

During the signing of contracts, the CEO of Field Development Company Agro-industrial Capanda (SODEPAC), Carlos Fernandes, said that with the entry into operation of these companies is expected to produce about 5 million tons of various farm products.

According to the official, SODEPAC's goal is to make the hub into an integrated rural development program, with vertical integration covering research, industrial area and horizontal integration encompassing the business and social sector, including family farming projects.

In his turn, the State Secretary for business sector, Carlos Alberto Jaime, praised the efforts made by SODEPAC in creating conditions to attract investors to the park in order to improve household living conditions installed in this perimeter.

The Capanda Agro-industrial Park occupies an area of 411.000 hectares, of which 292.000 are arable and 104 are environmental protection.