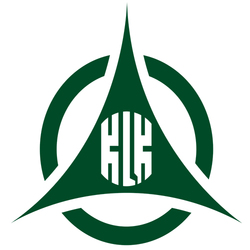 As reported by Chain Reaction Research, in December 2012, Kuala Lumpur Kepong Berhad (KLK) bought 51% of the equity in Collingwood Plantations Pte (CWB) via KLK Overseas Investments Limited for $8.7 million. At the time, according to AmInvesment Bank, the assumed production costs from clearing to palm oil production for the new plantation were $6,000 per ha.


In KLK’s 2013 Annual Report, the company estimated that it would develop 30,000 ha of oil palm in Collingwood Bay. The area is known for its pristine primary forests and coral reefs, containing high levels of biodiversity. Prior to KLK’s entry, the Collingwood Bay Indigenous communities had secured a court order that prohibited all natural resource related national government agencies from entering the bay without the landowners’ prior consent.

In October 2016, KLK confirmed that it has withdrawn all interest in the development of two portions of customary land (Portion 113C and 143C) in Collingwood Bay. A smaller third State Land portion – Lot 5 which is 5,992 ha – is still being reviewed, according to KLK. Without access to the other lots, however, it is uncertain if the size of Lot 5 is economically feasible to develop on its own because it also mostly covered with primary and High Carbon Stock forest.

In a statement KLK publicly committed to sell off by December 2016 its land clearing equipment stored in Wanigela, Collingwood Bay and confirmed that KLK and / or its agents will exclude the cultivation of palm oil as a development option on Lot 5.  Concerns remain, however, if the land-clearing machinery is sold to KLK Overseas Investments Limited joint venture partner ANG Agro Forest Management to facilitate logging and other activities in the primary forests of Lot 5.

KLK has not clarified its overall plans for its overall $8.7 million investment Collingwood Plantations Pte, its total land bank of 44,342 ha in the region or its 37,000 ha plantation deal in Sepik Province, Papua New Guinea. According to agronomists and a 1992 government soil survey, the Sepik Province plantation deal is on land that has been found to be unsuitable for tree crops.

Last week, KLK increased its hostile bid for MP Evans to 740 pence sterling – or $9.17. At 740 pence, KLK’s offer, at 740 pence, is equivalent to a price-to-earnings ratio of 54.2x and a 77% premium to the volume-wieghted average price of MP Evans’s shares that traded in October, 2016. MP Evans has nine oil palm plantations, four processing mills, and rubber and palm oil storage stations in Indonesia. MP Evans has a majority interest in 26,547 ha and a minority interest in 21,861 ha of oil palm plantations in Indonesia. MP Evans also owns 345 ha of commercial and other high-value properties in Malaysia.

MP Evans board has advised its shareholders to reject KLK’s revised hostile bid because it believes KLK’s valuation undervalues MP Evans assets. When assuming a long-term crude palm oil price of $600, MP Evans net present value is greater than KLK’s offer price. Finaly, when compared to four recent palm oil plantation purchases with implied purchase rates of between $15,000 to $20,000 per ha  – including the June 2015 135,000 ha purchase of New Britain Palm Oil by Sime Darby, the KLK updated bid is at an implied rate of $14,100 per ha, which is less than its comparables.