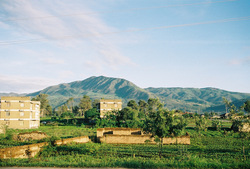 What happens when local residents reclaim the land expropriated by a parastatal company?

The history of Kapunga rice farm (Mbarali district, Tanzania) and its privatisation to Export Trading Group (ETG) has been covered widely, but one key point gets lost in narratives portraying only the main conflict : "smallholder farmers" VS corporations.

This paper, coming out of 12 months of doctoral field research in Mbarali (2007/8), documents how the collective land claims in Mbarali have failed both because of the political decisions at the centre,and because of local class dynamics. Behind this land grab lies a history of local big farmers versus small farmers and the manipulation of these dynamics by politicians, allied with transnational capital.

The conclusion is that in order to be effective, mobilisations against land grabs must take into account the wide array of class conflicts between local big, commercial farmers and local small farmers.
Read the whole paper here: (free access until February 2016)