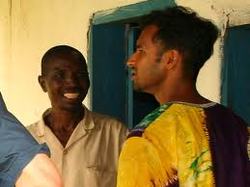 Maru had just met with a group of illiterate farmers who had put their thumbprints on a contract — agreeing to lease their land to a company — without being able to read what it said.
Boston Globe | February 20, 2013

IN 1926, the West African nation of Liberia was teetering on the verge of bankruptcy. It turned to an unusual source for help. Firestone, the Ohio-based tire company, lent Liberia a huge sum of money. In exchange, Firestone got to plant rubber trees on 1 million hectares of Liberia for the next 99 years.

To this day, Firestone’s rubber plantations take up roughly 4 percent of the country. But Liberia did not stop there. It gave away more land for commercial enterprises. Today, more than a quarter of all the land in Liberia is leased or owned by logging, mining, or factory-style agriculture companies.

“What’s wrong with that?” you might ask. Liberia is now a top rubber producer in Africa, intricately connected to the production of good tires.

Nothing is wrong with it — unless you happen to be one of the people who used to live on that land.

The story of Liberia gives a glimpse into an epic scramble for land that is taking place across the developing world. Vast tracts of forests and fields that have been considered communal property by the people who lived there are being siphoned off into private hands.

Sometimes the land is sold out from under people’s feet by their own local leaders, who pocket the money. Sometimes the government sells or leases the land, claiming that it is for the national good.

It’s not a new story. The race to acquire — and formally title — every acre of the earth began centuries ago. But the global land rush has accelerated to a fever pitch in recent years.

After food prices spiked in 2008, sovereign wealth funds and investors around the world jumped to acquire land for “mega-farms” in Africa, Asia, and Latin America. In 2009 alone, more than 56 million hectares were acquired by investors, compared to an average of 4 million acquired from 1961 to 2007, according to IMF researchers.

Over the past decade, land the size of California, Texas, Arizona, and New Mexico combined was sold off globally, and tens of thousands of people were kicked out of their homes, “often violently, without consultation or compensation,” according to Oxfam.

As more and more of the earth’s surface gets titled and privatized, 3 billion people — nearly half of the world’s population — have been left without secure rights to the places where they live, farm, and bury their dead. It is imperative that those people be consulted about what happens to their native land and be compensated if it is ever sold.

A friend of mine, Vivek Maru, has devoted his life to that very struggle. A spark plug of a man who can dance to hip-hop bhangra all night long and still give a riveting speech the next morning, Maru nearly dropped out of Yale Law School because it didn’t feel quite right.

“Justice was reactionary,” he said. “Lawyers stepped in after a wrong had already been committed.” Maru, whose family hails from India, knew that was too late for people whose lands were being sold off at an alarming pace.

So he helped form Namati, an organization that educates communities about laws that can help them register their land rights and advocates for procedures that give ordinary people a greater voice in decisions over land and resources.

“Legal principles should not just be abstractions left to the courts or the law books,” Maru told me in a telephone call from Sierra Leone. “They should be practical things, put into ordinary people’s hands.”

Maru had just met with a group of illiterate farmers who had put their thumbprints on a contract — agreeing to lease their land to a company — without being able to read what it said. Namati trains community-based paralegals to assist such people so they can negotiate on a more equal footing.

Even after land is leased or sold, Namati helps communities make sure companies live up to their promises and environmental obligations.

“It’s not just about justice for the poor,” Maru said. It’s about the best long-term interests of these countries.

Firestone is still in Liberia, after all these years. But how many of these speculating investors and sovereign wealth funds will stick around in the places they are buying up now? And what will they leave behind when they go?