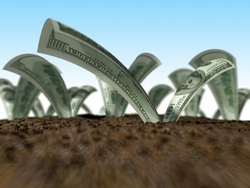 African governments should use the proceeds from land leased to foreign investors to subsidize the cost to local farmers of modernizing their farming methods, or to build infrastructure and improve production.

According to a paper presented on Thursday, Day 3 of the 2012 African Economic Conference in Kigali, Rwanda, acquisition of farmland by foreign public or private investors in Africa is on the rise and it is adversely affecting farmers – a move that contributes to internal conflicts over land use.

Critics have referred to such acquisitions as land grabs because the terms of the deals are negotiated by the host country’s central government, often without the consent of local people.

Researchers have proposed using some of the money to invest in infrastructure such as dams to enable irrigation farming, or roads to better link farms to markets, thus reducing transportation costs.

Acquisition of farmland by foreign investors is also said to be reducing cultivable land for local farmers, and all the products cultivated are being exported, which may lead to food insecurity in the region.

“Government should make sense of land deals, scale up incentives and modernize the ways that agriculture activities are done,” said Gaston Gohou from CESS Institute in Côte d’Ivoire, who presented the paper “Land Acquisition in Africa: Threat or Opportunity for Local Population?”

In most sub-Saharan African economies, land in the rural areas is either state-owned or ownership is based on customary rights, rather than formal title.

Researchers have said that this has restrained the development of land markets, and has prevented the acquiring of land for the most productive farmers, thus stifling agricultural productivity.

Africa still needs foreign direct investment (FDI); however, analysts say that reduction of land available to local farmers fuels criticism based on the condition that it undermines local people’s welfare.

Government has the capacity and willingness to negotiate lucrative land deals with foreign investors.
“The fear is that, deals are exchanged secretly. Citizens will never know where revenues go and it seem like government is grabbing land from locals,” said Gohou.

If governments are to be accountable to local people, they should be transparent the way in which they use the proceeds from land investment deals. They should ensure that FDI in farmland directly or indirectly creates sufficient employment opportunities for displaced local people, the conference heard.

While farmland acquisition by foreign investors is termed as land grab by critics, supporters say it’s a “win-win” situation because the capacity to negotiate lucrative land deals with foreign investors should benefit locals. However the presenter warned that unless the governments negotiating these land-investment deals are accountable to communities affected by these deals, the win-win situation may not materialize.

One example mentioned was Mali, where many local communities in the country are affected by foreign acquisition of peasant farmland. Locals are forced to contend with serious disruptions and threats to their livelihoods due to a poor ability to organize socially.

African governments that have negotiated or are negotiating land-lease contracts with foreign investors may not be acting in the best interests of the threatened communities, the presenter argued. He noted that both critics of FDI in Africa’s farmland and supporters, including international organizations such as the UN Food and Agriculture Organization (FAO), the International Fund for Agricultural Development (IFAD) and the International Food Policy Research Institute (IFPRI), agree that, if properly conducted, FDI in farmland can result in a win-win situation both for the investors and the targeted communities.

According to the paper’s findings, supporters of land acquisition argue that, in Africa, large areas of suitable land are either unused or under-utilized, which means that leasing or selling them to foreign investors would not necessarily lead to massive displacement of peasants.

A 2009 study by the FAO suggested, for instance, that displaced peasants may simply shift to wage employment, either directly with the foreign companies leasing their farmland, or indirectly through upstream and downstream linkages created by the land investment deals.

Meanwhile, proceeds from farmland leased to the foreign investors could be reinvested in the local community so as to improve the livelihoods of local people. A good example of this was the subsidization of commercial inputs by local farmers, which would enhance agricultural productivity.

The African Economic Conference is an annual event Organized by Economic Commission for Africa (ECA) the African Development Bank (AfDB), and the United Nations Development Programme (UNDP). Now in its seventh year, the conference took place from October 30 to November 2 under the theme “Inclusive and Sustainable Development in an Age of Economic Uncertainty.”