Land grab or opportunity of a lifetime? 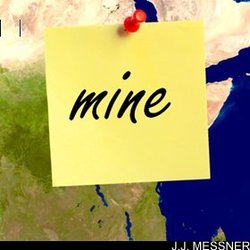 In the same way that Africa is a magnet for investors seeking exposure to metals and mining, its abundance of cheap arable land is now attracting a new generation of financial investors, as well as sovereign governments, commodity traders, global agricultural and agribusiness concerns, and speculators.

Keith Mullin is Editor at Large, International Financing Review; the views expressed are his own

LONDON, Jan 31 (Reuters) - As an investment destination, Africa can be a confounding place. The latest bout of turmoil and violence in Cote d'Ivoire and Tunisia looks to all the world like another chapter in an unending cycle of political instability.

It does nothing but undermine the genuine progress that's been made across the continent in the area of general governance and institutional strengthening, and relegates the region at best to a speculative short-term play in the eyes of many investors.

That is Africa's loss. UNCTAD noted in its World Investment Report 2010 that Africa trails at the bottom of future investment destinations relative to the rest of the world. The extent to which that changes, and how far investors can reset their investment horizons and view Africa as a secure place to put their money, is in Africa's hands. It will, however, take some time.

Prior to the global financial crisis of 2007-2008, Africa had been turning into a fashionable place to put money, thanks to high commodity prices, above-average economic growth, and low investment yields in the rest of the world. After the crisis, the region continued to attract international capital, as investors regained their confidence and started to focus on the continent's lack of direct involvement with the global market's volatility drivers and trouble hotspots.

As well as better governance, investors had warmed to the continent's more conducive business policy and regulatory environment, and more transparent foreign investment regimes. Low levels of government and corporate indebtedness added to the appeal. The fact that much of the capital flowing into Africa is supplemented by a support network of capacity building, advisory services, training, technology transfer, and infrastructure benefits added an important element to the Africa investment story.

From a sector diversification perspective, the emergence of new technologies such as mobile telephony and Internet broadband had created interest beyond the traditional natural resource plays. Africa has also been a beneficiary of international efforts to maintain global trade -- 45 issuing banks from 27 countries in sub-Saharan Africa had joined the International Finance Corporation's trade finance guarantee programme by the middle of last year, for example.

The violence in Tunisia and Cote d'Ivoire will send a lot of the new portfolio money straight back out of the region, even though the trouble is confined. Non-specialist money dislikes event risk and Africa offers that in abundance.

All of that said, the continent continues to offer fabulous opportunities to generate returns for those prepared to stay the course, do their homework and ride the waves of volatility. One major geo-political theme that has morphed into an investment proposition over the past three to four years is food insecurity.

In the same way that Africa is a magnet for investors seeking exposure to metals and mining, its abundance of cheap arable land is now attracting a new generation of financial investors (private equity funds, investment banks, hedge funds), as well as sovereign governments (directly and via sovereign wealth funds), commodity traders, global agricultural and agribusiness concerns, and speculators.

Global concerns about the world's ability to feed itself have created opportunities to make money and a lot of people have jumped onto the bandwagon. China, South Korea, India, Saudi Arabia and the UAE have made headlines as some of the more aggressive governments in the Africa land game as they seek to protect their food security, but they are only part of the story.

Financial investors have unleashed a wave of funds in the past three years, raising capital to invest across the entire agricultural value chain, from greenfield land sites to farmland to agribusiness and agro-processing all over Africa.

This has taken the investment thesis way beyond portfolio investment in listed debt and equity markets, and from primary capital markets issuance. Making money from land and agricultural production demands a longer-dated approach -- all of the new land funds have lock-ups, in some cases out to 10 years -- but the returns to be had are potentially mouth-watering, from the mid-teens to upwards of 25 percent per annum.

As well as financial investors aggressively focused on generating outsize returns, inflows into African land have attracted a significant volume of funds from a large number of multilateral development organisations such as the International Finance Corp (IFC), African Development Bank (AfDB), and OPEC Fund for International Development (OFID); single-country (bilateral) development finance agencies; food multinationals; foundations from around the world, as well as SRI funds. Social, ethical and environmental funds - having rebranded themselves into the powerful new title of 'impact investors' - are actively engaged in creating investment opportunities that meld commercial investing principles with SRI objectives.

Multilateral and DFI money is the key to attracting private capital. Many of the latest funds are originated by public money. The IFC and AfDB, for example, are cornerstone or anchor investors in a range of funds, but most of the funds are structured such that the public investment is contingent on the appointed fund manager attracting private co-investors.

This works for all parties. Private money is attracted by the presence of DFI money, and attracting private money means the fund gets off the ground and capital is mobilised. "I advise a lot family offices and foundations that are looking to invest in land and agriculture in emerging markets. I wouldn't even consider allocating capital to a fund that didn't have backing from a development finance agency. The African Development Bank has every African head of state on speed-dial, for instance, Things like that offer private investors a level of comfort," one specialist advisor said.

The direct financial engagement of development agencies with privately-run financial vehicles that have an out-and-out mission to generate above-market return does need careful monitoring. The extent to which development and SRI motives sit comfortably with the pure profit motive is certainly a topic for debate.

MDBs and bilateral development agencies need to be transparent about this aspect of their business. They should publicise the returns they generate from investment in third-party vehicles, and be clear about what they do with those returns. Excess returns from direct investment or involvement in funds should either be re-invested in the businesses they're financing or be put into some form of profit-sharing with local stakeholders and communities.